You further specify which OTHER field code you want to identify as having the "isEmpty" or "isNotEmpty" value.  For example.

The opposite is also true:

In the example above, you see the FIELD:isEmptyANO query.  Notice how the Assignee (Original) column is empty.   This example also points out that on some patents we are able to guess with a high degree of accuracy who the likely assignee is.  Guessed assignee names appear in the Assignee (Current) field with a leading asterisk ( * ).

Note also, that some field are never empty since the field data is required by the patent office.  Fields such as title, abstract, claims, and specification will never be empty for utility patents.  By contrast, design patents have no abstracts, so they are always empty.

All of these examples can be inverted using the "isNotEmpty" switch.

The chart below shows the number of published US documents where there is no original assignee name associated with them (FIELD:isEmptyANO).  Because of a subsequent grant notice or an inventor assignment after publication, though, we can now positively detect that the patent document belongs to Apple Inc.

Because positive ID of the owner is backward looking, the numbers seem to drop in 2015 - 2017.  Because this snapshot was taken in early 2017, the data isn't fully available.  In reality, the numbers for 2015 - 2017 will go up as more applications are granted with a name on them, or more inventor assignments are registered for these documents.

In any case, since not everybody uses AcclaimIP, many of these patents remain undetected by competitors.  Charts like this can clearly illustrate components of Apple's patent strategy. 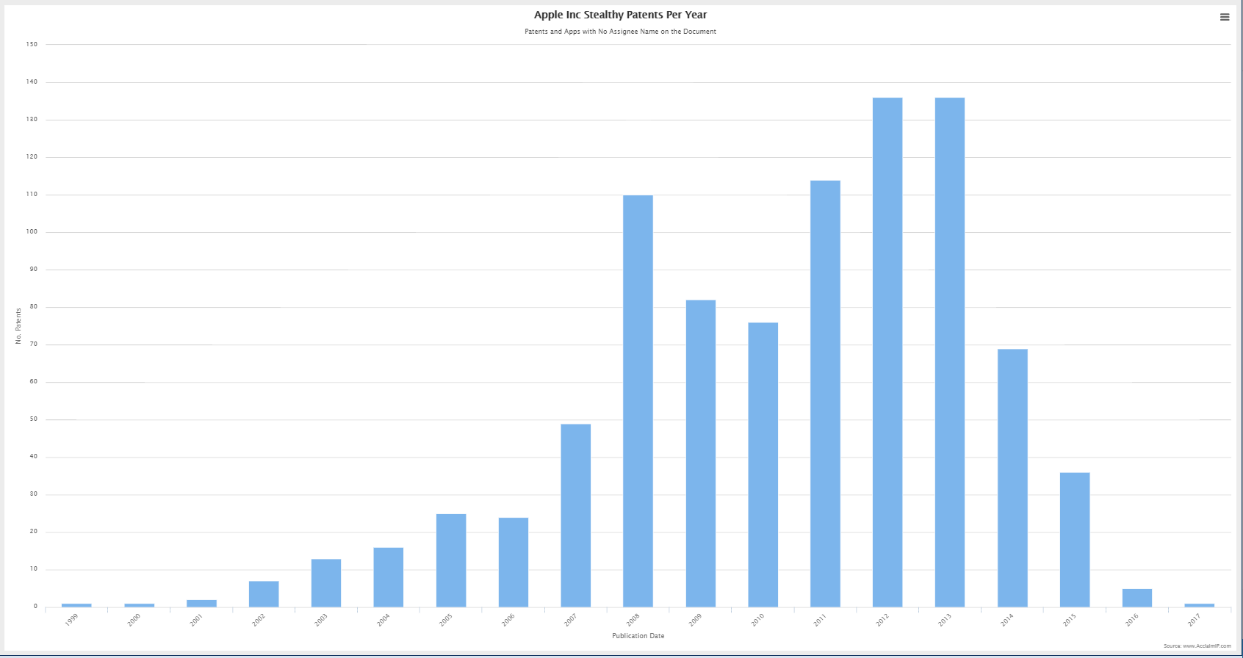