If you want to query patents by the country of their assignees, use the ACN field code.

Use the two-digit ISO 3166 country codes in the ACN field. 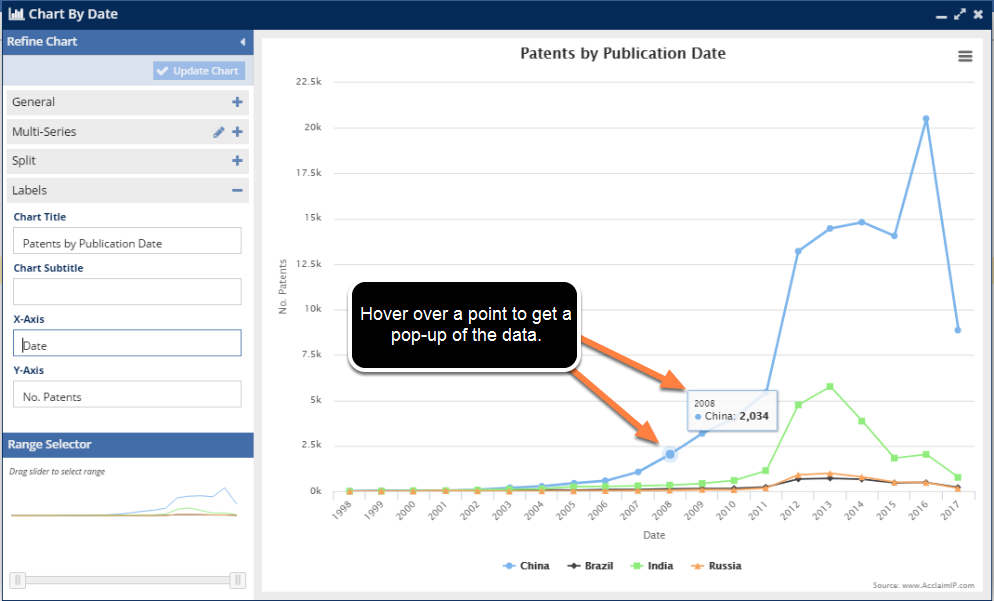 The chart above was created using a series of ACN queries for the four BRIC countries.  As you can see, China is dominating, but India is came on strong in 2012 and 2013.  Even Russian and Brazilian applicants started actively patenting in the US in 2011 and onward, compared to almost no activity prior to 2010.  Notice that it has dropped off in 2016 and 2017.  Partly that is because this image was taken at the beginning of 2017.