Patent documents often do not contain an assignee name.  Blank assignee names are more common in patent applications than granted patents.  In some cases, AcclaimIP guesses the assignee for you.  We can guess names with a high degree of accuracy by analyzing inventor names, agent names, locations, dates, and technology classes.

Also, a name may change from a guessed variant to a canonical variant in cases where an anonymous patent application is granted with an assignee name.  AcclaimIP will update the current assignee field of the application with the official name.

The second example above displays only the guessed variants, and it is useful if you are looking at only one assignee.  If you are looking at a search result with multiple assignees, however, it is not very helpful.  Instead, just append your query with the special query:

This is one of our analysis fields that just says: "This is a guessed assignee."  We will go into this query field more later in this help manual.

In your search result window, if the assignee name is guessed, the name appears with a leading asterisk ( * ) in the Assignee (Current) column. 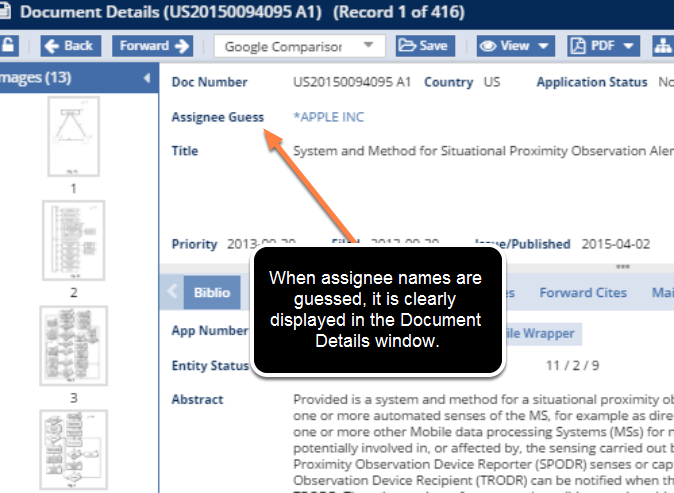 The chart below was made using the following query:

This query shows only patents with no canonical assignee name, but AcclaimIP's guessing algorithm determined they likely belong to Apple, Inc.

I then charted the top twenty CPC classes from the search.  If you need more information about that class, you can hover your mouse over the column to get a pop-up.  Additionally, you can click on a column to take you to a search results window with just those results.  For example, in the chart below, clicking on the far left column will show me a search results window with only those fifty five documents. 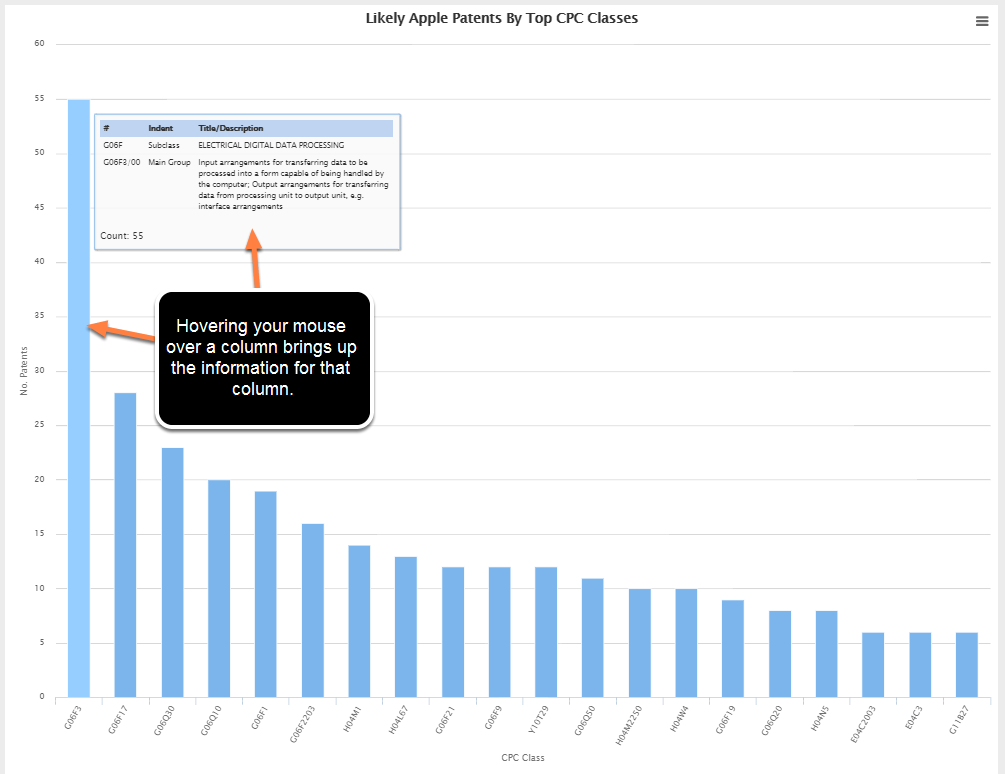