Unlike the Current Assignee, the Original Assignee name never changes in our data (except for normalization).

The ANO field is normalized to fix misspellings, unnecessary long variants of the entity name, and creative punctuation (for example, "International Business Machines Corporation" would be normalized to "IBM").

To make the chart below I used the ANO field in the same way as the Apple Inc example above.  My query was as follows, and for the years 1997 to 2017:

I then charted by Original Assignee (the applicant).  This shows us that Pfizer has acquired patents mainly from two sources, and almost as many from those two sources as the rest of the sources combined. 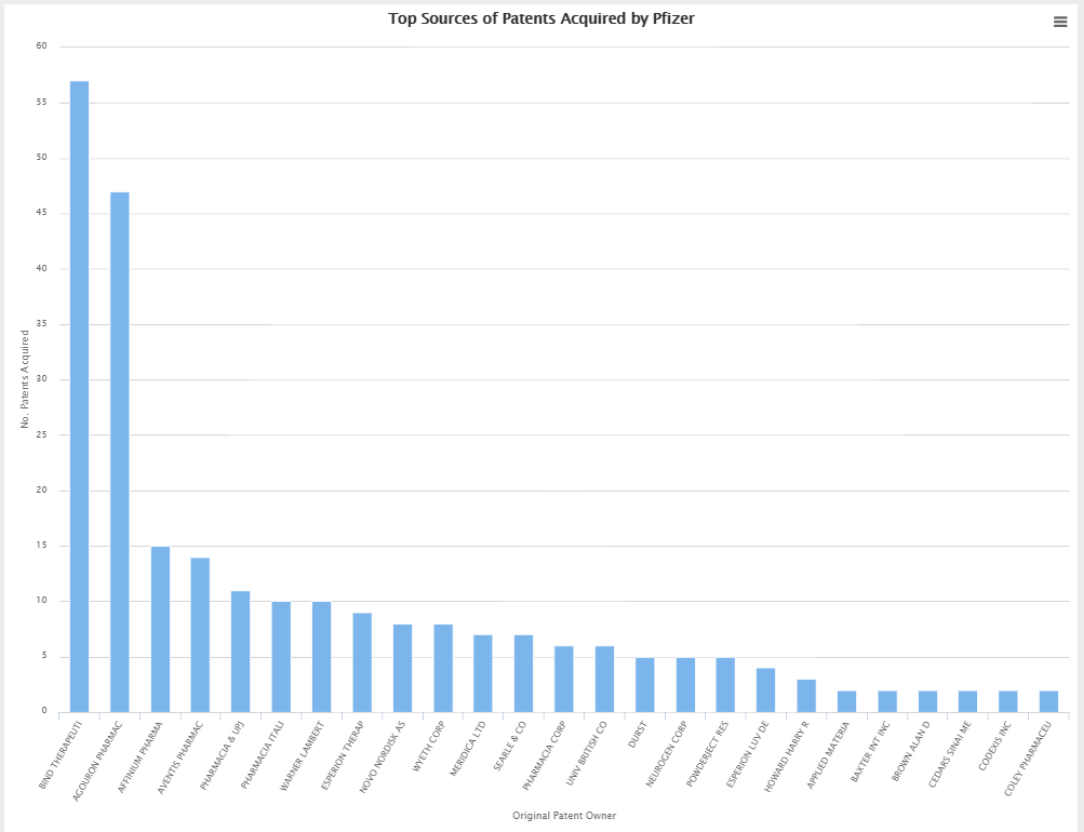