The AS field code queries the state or province of the assignee of a patent or application.   Use the standard two-digit postal codes (ISO 3166 Codes) for the state, province or geographic subdivision. 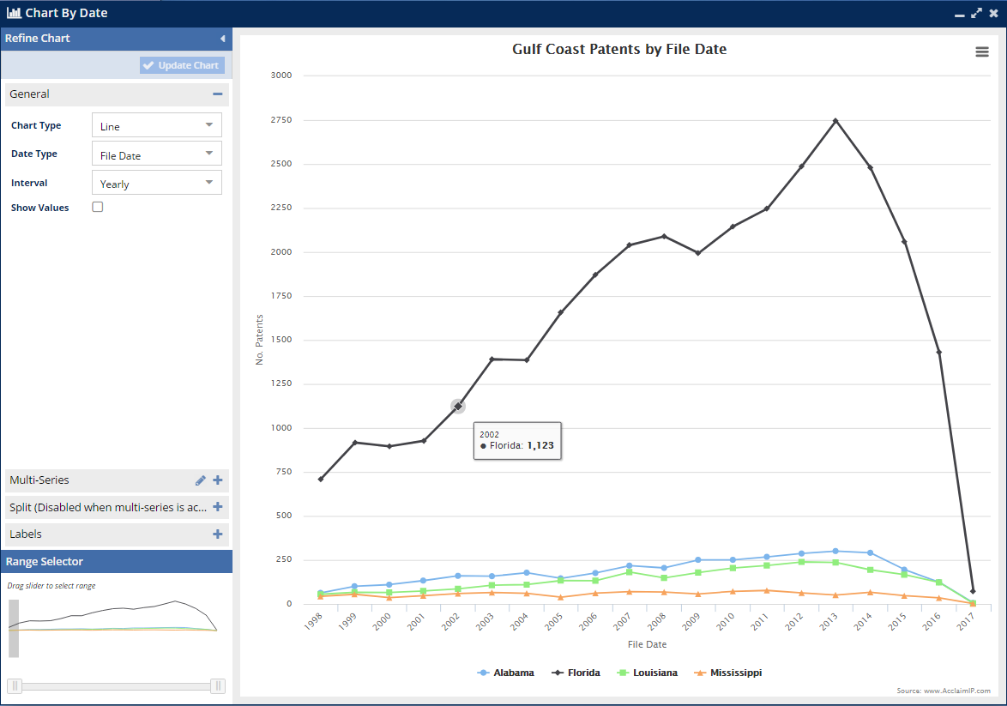 The chart above was generated using the multi-series charting option by saving several Assignee State Queries and charting them together.  As you can see, Florida dominates the other Gulf Coast States in innovation as measured by granted patents.  Additionally, if you hover over a particular point, you will see the pop-up menu showing data for that point.